Tasmanians prepare for assault on 50th Melbourne to Hobart

Tasmania can lay claim to a rich history in the Ocean Racing Club of Victoria’s (ORCV) Melbourne to Hobart Yacht Race, or ‘Westcoaster’ as it’s also known, with the likes of Bob Clifford, John Saul, Michael Pritchard, David Alpin and the Escott family names engraved on the major trophies.

Founder/chairman of Incat, Clifford, known colloquially as ‘Beanhead’, is the best known. He was aboard Mary Blair in the maiden race in 1972, taking line honours and creating the record of 2 days, 16 hours, 19 minutes, 7 seconds. Clifford also has the distinction of taking line honours in the 50th anniversary Sydney Hobart in 1994 as the owner/skipper of ‘Tasmania’. 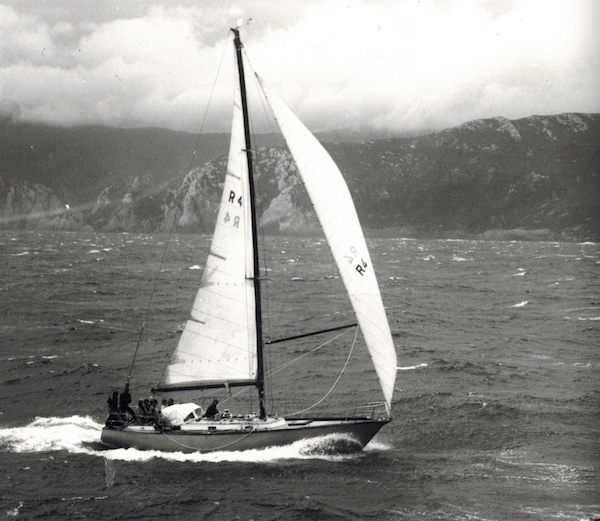 For the 50th Westcoaster, there are already multiple entries from the Apple Isle. Those eligible are hoping to keep up the Tassie tradition in this tough 435 nautical mile race, as the recipient of the Heemskerk trophy, awarded to the overall winner under AMS.

The race takes the fleet from Portsea Pier to Hobart via the west coast of Tasmania, with Bass Strait to traverse in between. As Justin Barr, owner of the Farr 1104, Rumbeat, states: “There’s land at the start and the finish – but nothing in between – so if it gets ugly, the only option is to head out to sea.” 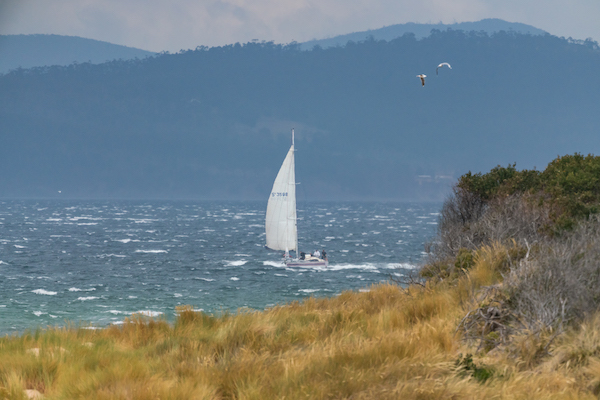 Barr has owned Rumbeat for 15 years and while it has done the race before, “I haven’t,” he says. “Being the 50th made me keen. So did the number of boats already entered (53 at the time of writing). And I want to do it because I haven’t before.”

The Battery Point shipwright at the famous Muir’s Boat Yard says, “I’m working flat out on my boat at the moment to make sure it’s bullet proof, or it will all come back on me.”

Over half of Barr’s crew will be regulars. “They’ve sailed with me in Launceston to Hobart races, once in 50 knots and another time when we lost the rudder. We won PHS in the race last year. I think we’ll give this race (Westcoaster) a fair old nudge.”

The first Tasmanian entry received was Brent McKay’s Jazz Player. The Bakewell-White Z39 design has been through a few owners and is a familiar name in offshore circles. In 2009 it took Melbourne to Hobart line honours and won PHS and IRC when owned by Andrew Lawrence from Melbourne.

McKay, who works in the marine industry, bought the boat in 2021: “I was in the right place at the right time. I have two adult sons, Gus and Ollie, who are keen racers. We did the Launceston to Hobart and other races and thought the 50th Westcoaster would be good for us and the rest of the crew to do,” he said.

“I’ve not done the race before - one of the reasons we thought we’d give it a go - I’ve done Sydney Hobarts and other races though. We’re pretty lucky, we have the Maria Island, Isle of Caves and Two Capes races to prepare. They’re all quite long and testing.”

Andrew Jones has entered his Inglis 47, Advantedge: “I’ve done the race eight or nine times on Haphazard, a Launceston boat,” he says. “My son Joshua (21 years) and a couple of other father and son combinations will probably do the race with me.

Advantedge, Jones says, “Has been raced pretty hard until my son started sailing in the dinghy scene, so she sat in the shed at home for the last three years. I’ve given her a major upgrade with a new keel and rudder. I also moved the mast back. I’m in the midst of stiffening her for this race.

“We’ll be looking for cracked sheets and downwind conditions (in the Westcoaster). If we can get an A sail or Code Zero up, the boat will be happy with that.”

Starting on 27 December at 12pm, the Melbourne to Hobart Yacht Race is organised by ORCV with the cooperating of the Derwent Sailing Squadron (DSS).

For Entry, Notice of Race and List of Entries, please visit: www.melbournehobart.com