The ORCV 32ND AGM and trophy presentation, held at Albert Sailing Club, was a roaring success earlier this month. We had a lively evening, with a packed room enjoying the views over Albert Park Lake and a well-stocked bar. The venue was perfect for the occasion, easily accommodating over 80 attendees, with plenty of room to display the multiple awards and silverware.

The Committee provided an in-depth overview of another very busy year of  activities during the AGM and valued the feedback provided, when the floor was opened to questions. There were myriad suggestions and ideas about the upcoming season, with the overarching view that another evening should be set aside, for more vigorous discussion.  Watch this space for updates.

Excitement is building as the start of the 2018 Melbourne to Osaka race gets closer.  It’s is great to see such a strong Osaka fleet which is a direct result of some very hard work behind the scenes by passionate and dedicated ORCV volunteers, which started back in 2013 after the last Melbourne to Osaka race.  The 2018 racing calendar will also see introduction of a new international race from Melbourne to Noumea (instead of Vanuatu).

Discussions continued on during the refreshments interval and the atmosphere was convivial to say the least!  Then the highlight of the evening, trophy presentations and announcement of our much-coveted awards.

We are looking for more volunteers to fill two General Committee vacancies to assist the other passionate volunteers.  If you are interested, please let us know.

Volunteer of the Year: Rosie Colahan

The ORCV is exceptionally fortunate to have significant contributions by several dedicated and passionate volunteers, many of whom have been involved over several years.

Rosie has provided much-valued support of ORCV activities and in particular, her medical expertise over many years.  Rosie’s contributions include being the Chief Medical Officer, 2018 Osaka Organising Committee, preparing and presenting first aid supplement training courses for our long distance races (Osaka and Vanuatu), Beyond the Bay program mentor, Women & Girls in Sailing (WGIS) advocate and regular on-call doctor for our ocean races.

Unfortunately Rosie was not able to attend on the night, as she was attending a WGIS Committee meeting.

The team expressed their sincere thanks for Rosie’s continued support. 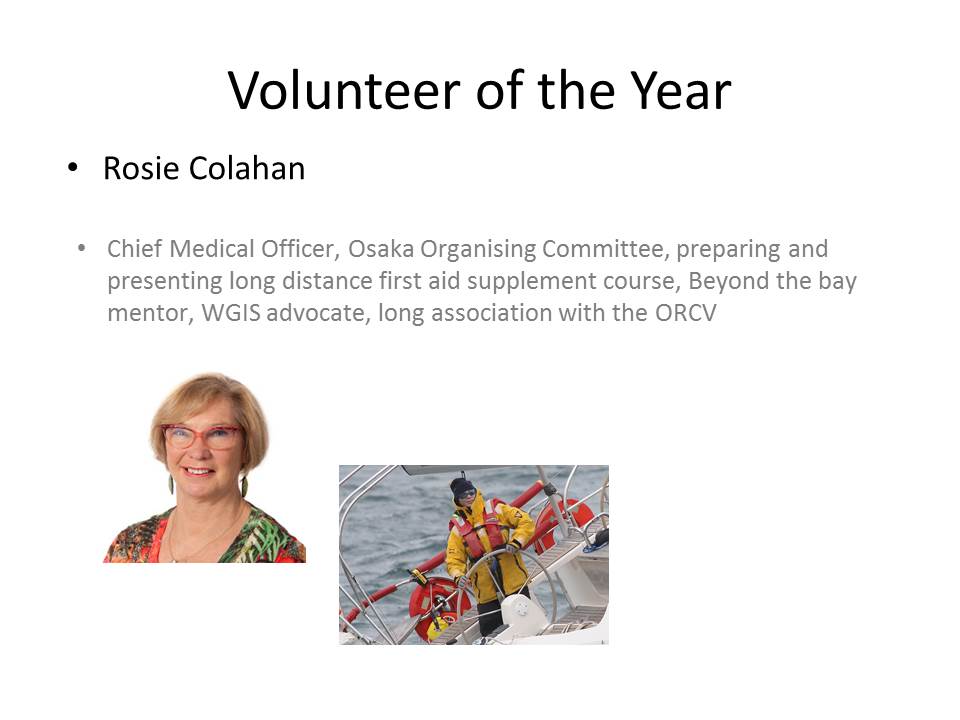 Justin’s ongoing support of ORCV racing and training activities, his continuous efforts to improve the sport and his regular participation in our events over many years had his nomination get the nod over the other worthy nominees. Justin has completed in excess of 10 Westcoasters and more recently he has joined the ORCV Committee and is working hard to bring some fresh thinking to our traditional ocean races. 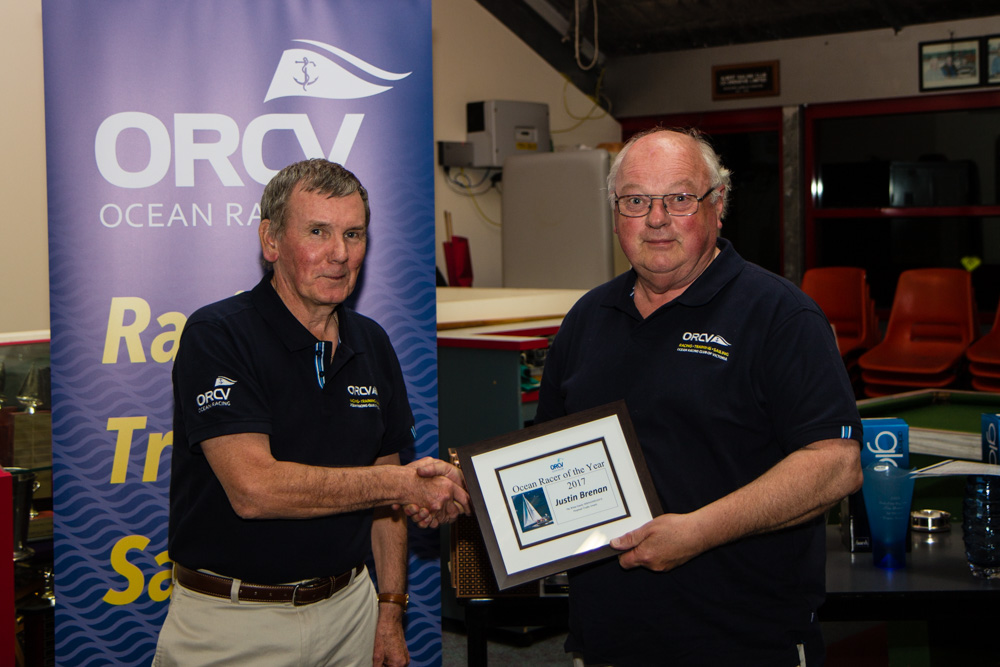 Thanks to our sponsors  Jeanneau, 38South Boat Sales and Chirping Bird Wines for setting up their booth, which went down a treat as ever. Also to Albert Sailing Club, for use of their facilities and well received catering.  A heartfelt thanks to all of our membership, the current and outgoing committee members, volunteers, supporters, boat owners, crews, local clubs and associations for their ongoing support - we couldn’t do it without you!