The memorial Ian McKenzie Trophy, was awarded last weekend to Mark Cunnington, Skipper of the yacht Panacea, a Beneteau 40.7. This trophy is awarded to less experienced sailor for their achievement in getting to offshore sailing.

Mark has amplified this throughout the Beyond the Bay course and his final offshore passage with the Longitude Coastal Passage. Ian was a huge contributor to ocean racing here in Victoria, introducing many sailors to sailing in Bass Strait and to Tasmania onboard his yacht Supertramp R1080, with many sailors owing their start to offshore sailing to Ian's encouragement. . 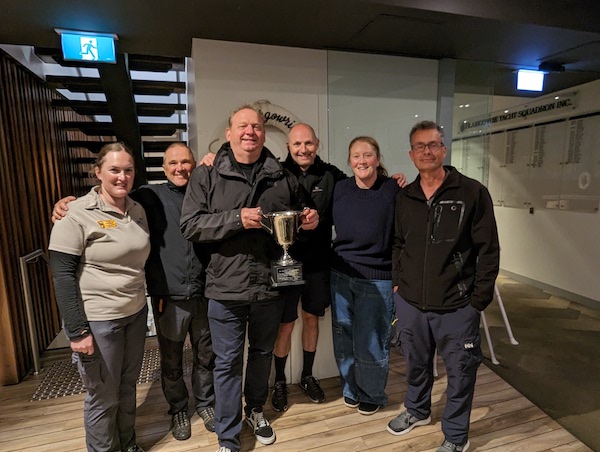