Guillaume Leroux’s Class 40 Lord Jiminy took line honours in the Ocean Racing Club of Victoria’s “Rudder Cup” Melbourne to Devonport Race, crossing the finish line at 10.45.55 this morning. That gave the boat an elapsed time of 23 hours 29 minutes and 5 seconds for the 195nm race.

Paul Buchholz’s Cookson 50 Extasea was the early leader, following on from their line honours win in the ORCV Cock of the Bay Race on Boxing Day. But during the night, they went east of the rhumbline while Lord Jiminy stayed to the west, and the smaller boat’s tactics paid off.

“We wanted to stay west of the rhumbline to have a bit of leeway when the wind started picking up, and also in case it went more southerly than west,” Guillaume Leroux explained.

“We didn’t know where Extasea was during the night but we saw them on our AIS early this morning and we were surprised to see them behind us.

“It was a close race. The wind went from south-west to west then to north-west at around 9am. The last couple of miles we had the northerly sea breeze, and we managed to win, so that is good.” 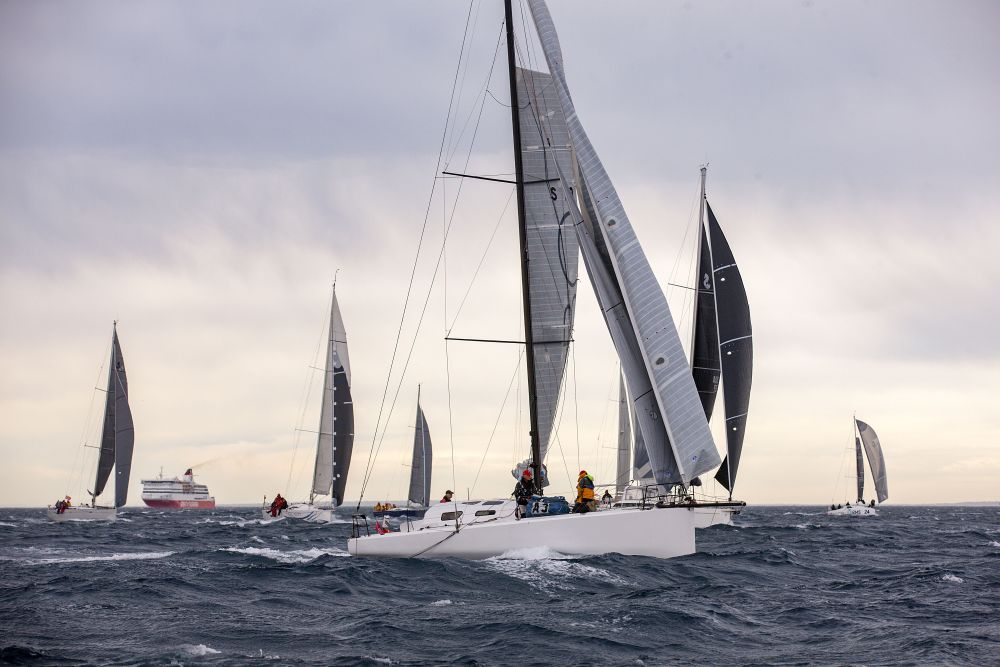 The Class 40 is a fast, affordable offshore racer, often sailed single- or double-handed in European events. In this race, the boat competed in the Four + Autohelm division, carrying three crew on board and allowed to use the autopilot.

Jason Close’s J133 Patriot was third across the line and in third place in the AMS handicap division as they finished. They then had a nervous wait to see whether the boats ahead of them on handicap but behind them on the water would get slowed by the light northerly wind.

With the wind strength holding up, a big group of boats finished within three hours of the leaders. Among them was the new Jeanneau Sun Fast 3300 RMS, owned by Jade Cole and Barney Walker who are using it to campaign for Australian selection for the Paris Olympics in 2024. A new mixed gender offshore race is scheduled to make it’s debut at the Games, replacing the Finn Class.

In this race, Walker and Cole sailed three-up with Jade’s husband Aaron, who is also their sailing coach, and showed they will be a pair to contend with in double-handed events.

RMS crossed the finish line at 2.02pm to give them a corrected time of 23 hours, 59 minutes and 53 seconds.. That won them the Rudder Cup by just 38 minutes from Patriot. RMS has also provisionally won IRC and ORCC handicap divisions and was second on PHS.

As this was the first time they had raced in the Sun Fast, Barney Walker said that they were fairly conservative in the way they sailed her. 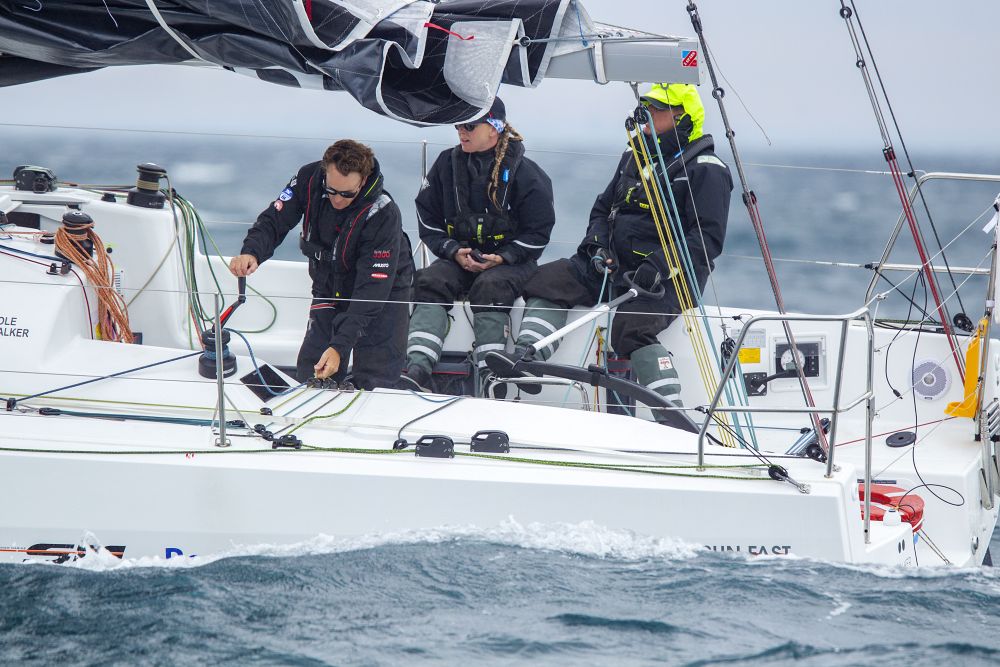 “We were literally sailing our own race the whole way,” he said.

“We had a tough time with this little boat last night, with 40 knots of wind. We didn’t know what she could take so we had a storm jib up and three reefs in the main. When the wind moderated (at first light) we took a few reefs out and then it moderated some more and we finished with full main, number four jib and a spinnaker.

“We’re used to bigger boats and we’re all a bit sore in the stomach from bracing ourselves. We’ve got a lot to learn, but it’s a good little boat.”

The fact that they could win this competitive race while still learning how the boat performs bodes well for more victories for the pair as the 2021 ORCV offshore season progresses.

The Rudder Cup is Australia’s oldest sailing trophy, having first been contested in 1907. The race across Bass Strait is the fifth oldest ocean race in the world still being contested, predating the Fastnet by nearly 20 years and the Sydney Hobart by four decades.

With both the Sydney Hobart and Melbourne to Hobart races cancelled in 2020, it was the only interstate offshore yacht race in Australia over the Christmas period.

Some of the crews will turn around and head home to Port Phillip almost immediately after finishing but others will stay and celebrate for a couple of days before either exploring Tasmania or King Island during the rest of their summer break.