The Melbourne to Hobart Westcoaster is a blue water ocean racing classic of unusual challenge in which seamanship, navigation and tactical skills drive the race outcome. Skippers and crews face  diverse conditions of sea state and tide uniquely associated with Bass Strait and the Southern Ocean plus wind conditions which normally include all points of sailing. 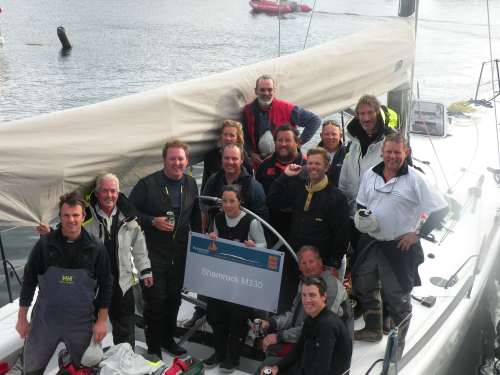 Its one of the few blue water races open to two handed competitors where short handed sailors compete against fully crewed for the major prizes.

This diversity of racing conditions reinforces the integrity of handicap systems and, as the past winner’s list demonstrates, it’s an open competition. Good boat preparation and a well found yacht are the key requirements  -  deep pockets are not required in this race which offers, at best, limited advantage from race specific yacht design.

The race starts at Portsea on the last of the outgoing tide with yachts completing the dash to Port Philip Heads, past Lonsdale Reef and clearing the potentially breaking seas at the entrance of Port Phillip Bay before the change of tide. This is the start of the 125 nautical mile Bass Strait crossing heading due south.

For the yachtsmen the tidal flows between the top of King Island and  North West Tasmania are crucial and may affect a yachts race time by as much as 4 hours. The gap is some 35 miles wide and lies diagonally across the shortest course. The navigational objective is to choose a course which maximises speed over the ground allowing for the tidal effects through the gap and wind shifts if one passes close to the north west corner of Tasmania. Its not easy as the transit must be planned hours ahead. If night sailing is involved there are also one or two reefs to consider.

Once through the King Island gap and past the Hally Bayley and Porpoise shoals, (where breakers may be encountered) it’s a whole new world - ocean sailing in long swells, often reaching under spinnaker heading east of west with prevailing westerly winds.

The run down the coast to South West cape is 200NM past Macquarie harbour and the increasingly rugged terrain of Tasmania’s South west. If conditions are light, yachts may pass close inshore to seek advantage of local wind effects.

In other conditions the West Coast may be an altogether story. The south west coasts of Africa and Tasmania have something in common  - they both experience large swells originating in the deep South on which, in the case of Tasmania, substantial front induced waves may be superimposed. It may be blowing a steady 35kn with seas of up to 10m – although 5m long wave length swell is more the norm.

In these conditions the 40 nautical mile leg from West Cape due east past Maatsuyker Island to South East Cape can be nothing short of spectacular with many yachts surfing under “storm spinnakers” before heading north of East to Bruny Island and into the relatively sheltered waters of Storm Bay.

Its around 35 nm from Tasman Head at the bottom of Bruny Island to the Iron Pot and then a further 11 nm to the finish. Here the race is all about tactics and trimming and crews who “get this stage of the race right” may well pick up hours against their competitors. The high headlands of Bruny Island area abound in wind shadows and conditions in the last few miles up the Derwent can be complex.

The warmest of welcomes awaits the finishers at the Elizabeth Street Pier. It is a point of honour in this race that no yacht finishes unheralded and many a yachty has been roused from the local watering holes or comfy berth to meet late night or early morning finishers. Somehow a cold slab is always produced no matter what the time and the previous finishers raise three cheers in honour of the crew. 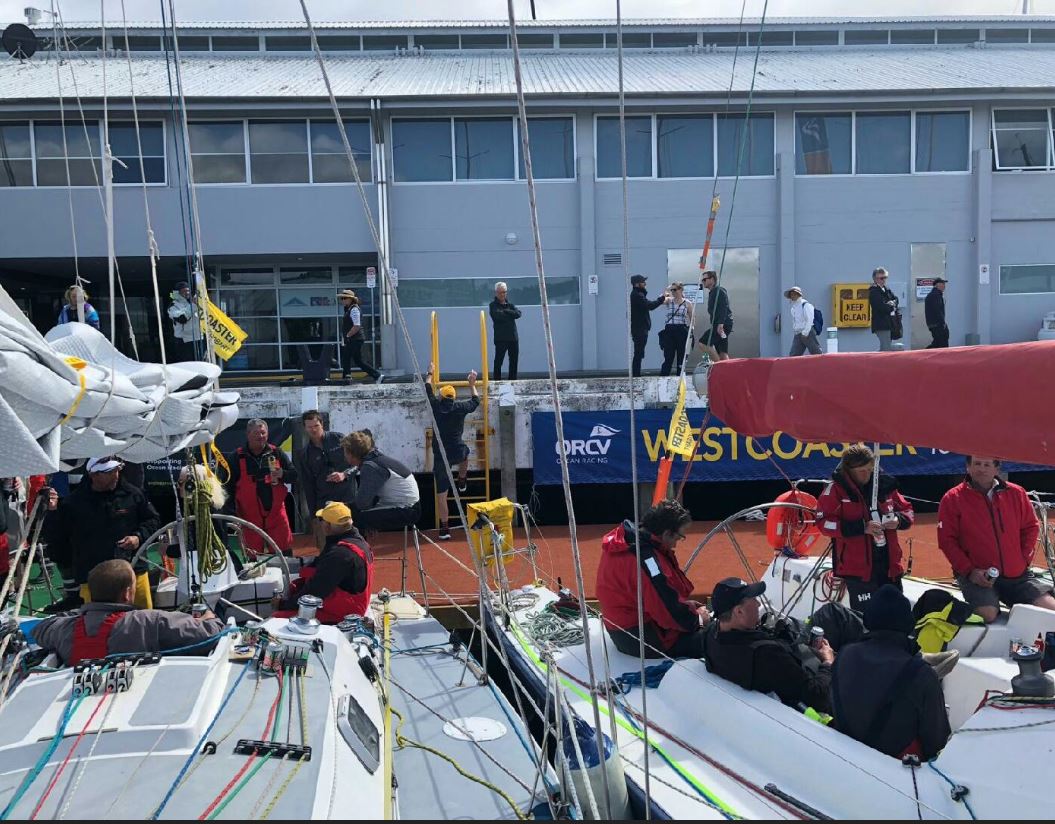