Updating and Checking your Details

Crew Compliance With the 2021/2022 season, the ORCV will be streamlining compliance checking.  With larger fleets and more crew, there will be greater reliance on skippers and crew co-ordinators to follow up on missing crew data.  We can all help by checking our own data. The ORCV utilises three external databases during the course of our racing and/or training events. Why...

ORCV Knowledge Webinars We invite ORCV members to join our trainers for some informal tutorials and discussion webinars.  Each webinar will start at 8pm with a quick instructor led tutorial before opening the remainder of the session to questions and discussions and will run for no longer than 60mins. Registration is required. These sessions are open to only ORCV members and are...

Keel & Rudder Inspections  Background  Unfortunately, in recent years there have been a significant number of serious keel failures in offshore racing, some of which have resulted in fatalities. World Sailing has reviewed these incidents and as a result introduced a requirement for boat owners to regularly undertake an inspection of their boats to...

Special Awards - 2021 ORCV AGM   “Praise of contributions made to the ORCV, should not be missed".   At Tuesday night's AGM, we honoured: Angus Fletcher with a Life Membership (Posthumously) The committee and members voted to accept unanimously that Angus Fletcher (recently deceased) should still be progressed to being honoured posthumously for LIfe...

Celebrating 170 years of Ocean Racing We invite you to be part of the history of the ORCV and join us on the upcoming anniversary races in 2022 and 2023. Ocean racing is alive in Victoria with three iconic races approaching significant milestones and we invite you to be part of these iconic races. 50th Melbourne to King Island (starts 11th March 2022)50th Westcoaster - Melbourne to Hobart...

Sportsboat screamer as Cool sets the pace The fleet heading to the first gate Photo Michael Currie The second race of the ORCV Winter Series saw 45 for the passage down to Blairgowrie, with the fleet drag racing down the bay in record-breaking time. The 25nm run down to the south channel saw some extremely close racing between yachts, with the sportsboats and...

Weight to leeward on the Great Ocean Road Sail

Weight to leeward on the Great Ocean Road Sail Another ORCV Apollo Bay race has been run and won, with Alien (R880) claiming victory as overall race winner. The fleet of 41 enjoyed a cool but sunny day on their run to Apollo Bay, with a breeze that turned fickle in the closing stages of the race. Whilst many yachts enjoyed a smooth run to Cape Patton, only a few managed to escape the wind...

Sunfish sighting reported in the ORCV Carnival of Short-Handed sailing race The passion for short-handed sailing is well alive in Melbourne sailing scene with James Russell on his Adams 10 yacht, Surprise (SM63) being crowned overall winner in the Ocean Racing Club of Victoria (ORCV) Carnival of Short-Handed Sailing. With a revised course and allowing both double handed and 4+ autohelm boats...

New ORCV offshore series working a treat for father and son duo Experienced yachtsman David Lynch and his son Andrew, newly initiated into the joys of ocean racing, have successfully sailed their Northshore 369 Pegasus into the lead of the of the West Offshore Products Coastal Sprint Series, hosted by the Ocean Racing Club of Victoria (ORCV). The pair, who finished Race 3 in second place to...

ORCV Knowledge Webinar: How to get the most of out of Predictwind 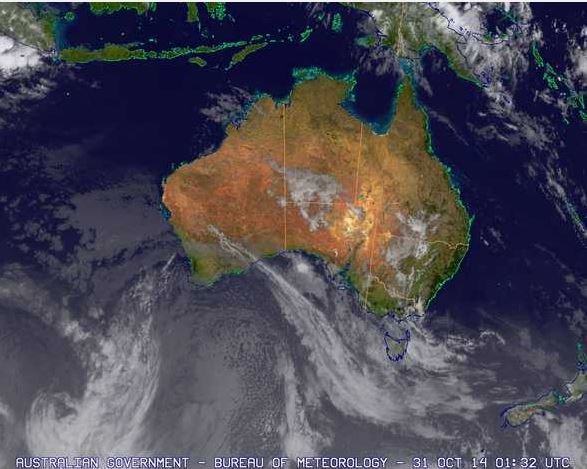 The Portland race that was initially shortened to Apollo bay and back to the Heads has now been cancelled.

It is with great regret that the ORCV has had to cancel this weekend's racing. The ORCV was certainly committed to run the race but after a careful assessment of the weather conditions, the risk profile for boats and crew was deemed unacceptable
Following discussions with Richard Carlisle from the Bureau of Metrology a trough was expected to reach the Heads at 2300 tonight and to bring with it west to south westerlies to 25 knots. Following that is an imbedded low which will reach the Heads at 6am tomorrow with 25 to 35 knots, with embedded rain and wind squalls behind the front with even stronger winds than the usual 40%. The presence of several squalls are apparent in the satellite picture.
The other big issue for the committee was the sea state which by the middle of the day would be reaching an average of 6 metres with a significate wave height of 8 to 10 metres.
For boats that have entered the race, the ORCV will credit their entry fee to the next race the boat sails in. For those boats who wish to qualify for the Christmas races, the ORCV will consider entrants based on demonstrated past boat and crew experience. For boats that are stepping up to these races, the ORCV is very open to considering alternative options.