Job Vacancy - Sailing, Training & General Adminstration We have an upcoming vacancy in our Albert Park office. Key position within the ORCV team, responsible for the effective planning and delivery of our racing and training programs, alongside general admin to keep the Club running smoothly.A passion for sailing, the ability to work autonomously as well as with various team members to...

King Island Race 2023 There’s something super special about King Island that brings us back year after year. With the race just around the corner and starting in daylight on Friday 10th March at 5pm, I invite you to experience this amazing destination race and to the land of meat, cheese and rugged beauty.  Grassy Harbour offers safe anchorage in all weather and the race is part...

Skipper of Maritimo anoints Melbourne to Hobart Yacht Race as one of the world’s great ocean races As the 50th anniversary race, hosted by the Ocean Racing Club of Victoria (ORCV), draws to a close and the handful of boats still to finish creep up the River Derwent, sailors are already discussing the success of the anniversary race and the global standing of the race. Michael Spies skipper...

Champagne sailing, storms, repairs and smiled - stories from the 50th

Champagne sailing, storms, repairs and smiles - stories from the 50th Melbourne to Hobart Yacht Race 2022    As the Hobart docks fill with the 50th Melbourne to Hobart fleet and families hug and reunite, stories are beginning to emerge of the importance of crew work, communication and resilience, atop the pure exhilaration of ocean racing. The 50th anniversary race,...

Half of the Fleet still at Sea on the 50th Hobart

Half of the fleet still at sea in 50th Melbourne to Hobart Yacht Race  While the crew of line honours winner Maritimo 11 is celebrating their win and have their fingers crossed for a clean sweep of all handicap divisions, half of the fleet is still at sea in the 50th anniversary Melbourne to Hobart Yacht Race.    In a race that has delivered stunning summer...

Smaller boats rising to the challenge in the 50th Anniversary Melbourne to Hobart Yacht Race  The focus of offshore racing is often on the performance of maxi and super maxi yachts, but in the Ocean Racing Club of Victoria’s 50th anniversary Melbourne to Hobart Yacht Race, several of the 35 to 40 footers in the 49-boat fleet are sailing the race of a lifetime.  As at 2pm on...

MRV SETS NEW RACE RECORD IN THE COCK OF THE BAY YACHT RACE AND FIRMS AS FAVOURITE FOR THE 50TH MELBOURNE TO HOBART   The city of Melbourne is a sports mecca in summer and fans were treated to a sporting spectacle today with a 100-boat fleet competing in the Ocean Racing Club of Victoria’s Cock of the Bay Yacht Race.  MRV on the way to victory and a...

Ten Boats Set to Smash Race Record in 50th Anniversary Melbourne to Hobart Yacht Race The 50th Anniversary Melbourne to Hobart Yacht Race is set to be one of the most memorable in history with the weather gods sending a late Christmas gift to the fleet, a swift sail to Hobart and potential entry into the race record books. An updated weather forecast is now showing two previously distinct...

Near Record Fleet for the 2022 Cock of the Bay

NEAR RECORD FLEET FOR 2022 COCK OF THE BAY YACHT RACE The Ocean Racing Club of Victoria’s (ORCV) Cock of the Bay Yacht Race, or Boxing Day Dash, is living up to its reputation as a hugely popular 21 nautical mile post-Christmas race with over 100 boats entered in this year’s event, in what could be a near record fleet for the classic race. Port Philip Bay will be awash with colour as the...

Race Against the 50th Westcoaster Fleet

Sail the Virtual 50th Westcoaster with Sailonline The above image of Lord Jiminy (the only Class 40 in the fleet) So, you're a family member, a friend, or a supporter of one of the Westcoaster teams, or maybe you are a sailor who just wants to be a part of this amazing event. Thanks to Sailonline (SOL) we we can offer you a brand new (virtual) Class 40 yacht to race in this year's online... 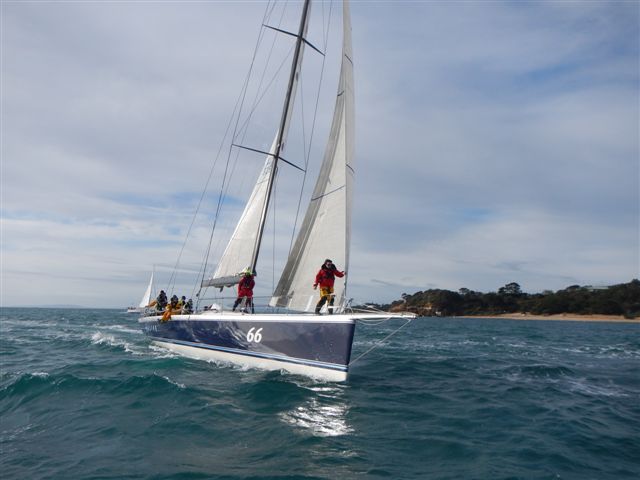 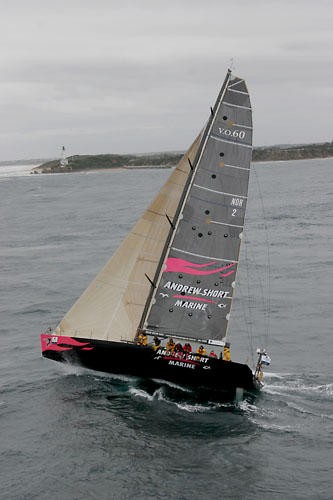 ANDREW SHORT MARINE in Port Phillip Bay just after the start of the 2006 Melbourne to Vanuatu race. Photo Teri Dodds